Tributes to Her Late Majesty The Queen

On Friday, Andrew joined fellow MPs in the House of Commons in paying tribute to Her Late Majesty The Queen on behalf of constituents, and pledging loyalty to our new King.

You can read Andrew's speech below, or see a video of the speech on his Facebook page: https://www.facebook.com/andrewpercyofficial

I rise to associate my constituents with the tributes made today to Her late Majesty and, on behalf of the people of Brigg and Goole and the Isle of Axholme, to swear our loyalty and commit ourselves to our new King.

We have heard some fine tributes in this Chamber today and from leaders around the world. One that resonated the most with me was that of Her late Majesty’s 12th Canadian Prime Minister, who yesterday said of her that she was one of his favourite people in the world. That resonated with me. I did not know Her late Majesty as Mr Trudeau did, but it resonated with me because we all felt that she was somebody we knew. She was one of my favourite people.

When I think about why, of course it is due to her constitutional role, her role in this country and all her dedicated service to this country, but for my generation I think it is also because she represents our grandparents’ generation. I was born in the year of her silver jubilee—although I look a lot younger—and my grandparents were the generation who were coming of age in world war two, as she was. Yesterday was the anniversary of the very day, some years earlier, when we rushed to my grandfather’s bed to say goodbye to him. My grandfather Donald Theakstone and my grandma Betty so loved the Queen that they collected everything there was to do with her. For my generation, she links us to our grandparents.

Unlike others in this place—perhaps this speaks to my failures or lack of achievement as a politician—I have not knelt before Her late Majesty, had a sword put on my shoulders, or been made a KBE or a member of the Privy Council. However, this year, for work outside this place I received the Queen’s platinum jubilee medal, and it was one of the things I am proudest to have received. I did not get it at a castle—we had to drive to Rotherham and pick it up from an NHS office—but I was so proud to receive that medal, and I will cherish it for evermore, with the image of Her Majesty on it.

I did meet her just once, here, in 2012. I have no great story to tell of that, because I am afraid I rather let myself down. We met her as new Members when she came to address both Houses, and I was so flustered, as a working-class lad from Hull meeting the Queen, that I did not know what to do. We had been given some protocol information beforehand, but all I remember is that Her Majesty came up to our group and, before she could say anything, I, in my Humber tones, shouted out “Brigg and Goole!” She just looked at me, smiled and said “Oh!” and then moved on to the next Member. So I do not have a great story of our interaction. But it was a privilege and an honour of my life to have met Her late Majesty, and on behalf of my constituents, I just want to thank her for her service. As we say in the Jewish faith, “May her memory be a blessing.” God save the King. 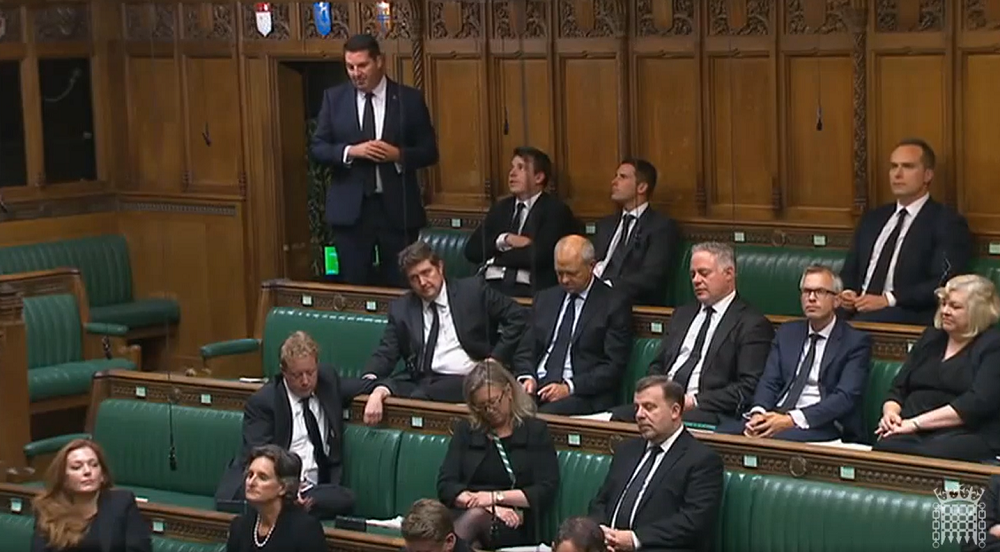