Andrew took part in a debate in the Commons on the Government’s Town Deal fund earlier today. You can read Andrew's contribution to the debate below, or watch the speech on Facebook: https://www.facebook.com/andrewpercyofficial

We will take no lectures from the Labour party, which had 13 years in power and did absolutely nothing to invest in any meaningful way in our towns across the north of England.

I very much welcome the bids submitted by the two towns that cover my constituency, Scunthorpe and Goole. I will leave it to my near neighbour, my hon. Friend the Member for Scunthorpe (Holly Mumby-Croft), to talk about that town’s bid, but I would like to speak about the Goole bid. I thank Joseph Richardson, who has Toggle showing location ofColumn 1188chaired our board here in Goole, and all the board members. I give a particular shout-out to Peter Campey from the Ministry of Housing, Communities and Local Government—we are not supposed to name officials—for his wise counsel throughout.

As the Minister will see, our bid covers digital, town centre regeneration, leisure improvements, connectivity and, of course, a flood protection project. With regard to revenue, I ask him to be generous when he looks at our bid, particularly with reference to our proposal for the Goole to Leeds line, which of course would benefit a number of constituencies.

For those who do not know Goole, we are a town and port in the north of England. It was created as a company town about 200 years ago, and my ancestors were some of the first people to move to it. We face many of the issues that sadly are common to many northern towns that have missed out on regeneration in recent decades. When I was elected 10 years ago, we had very high youth unemployment, and unemployment that was well above the national average. Although we are now below that, there are still considerable issues with skilling people up to take many of the jobs being created locally.

However, we have had a lot of good news in recent years, not least of which is the massive investment by Siemens, which is busy constructing a rail factory here that will produce the trains for the London underground. There is also huge investment from Croda, and that has happened with Government support. However, those who come to Goole will still see a hollowed-out town centre, as can be seen in many such towns. While we have improvements in educational standards, big investment coming in and hundreds of new homes being built, the town centre looks like it is still in decline, as is common across the country.

That is why the towns fund is so important. That is why it is so vital that as many of these bids that have been submitted are granted by the Government. I can see the Minister almost nodding. I am sure that he will look kindly on Goole’s bid, because although we have good stuff going on here, we still have considerable challenges in the town centre and with our college, the closure of which has just been announced. I hope that he will continue the investment that Goole has received in recent years and generously approve the bid that has been submitted.

The Town Deal is going to provide towns, including Goole and Scunthorpe, with up to £25 million to fund a range of projects, which were submitted to the Government last week.

Goole’s bid covers a number of projects including digital connectivity for Old Goole (which is not presently getting access to gigabit broadband due to the high infrastructure costs to get the infrastructure across the Dutch river and the canal), town centre regeneration, flood defence protection, a number of leisure and sports projects, improved rail connectivity, and a project based around skills.

Whilst we may not get each of these projects funded, the debate this afternoon was a good opportunity to push the case for Goole and to remind ministers of some of the exciting things going on in our town.

Sadly, there was a three minute time limit on speeches, so I had to rush through and couldn’t include everything I wanted to say. However, I will be sure to keep residents posted with further updates on this. 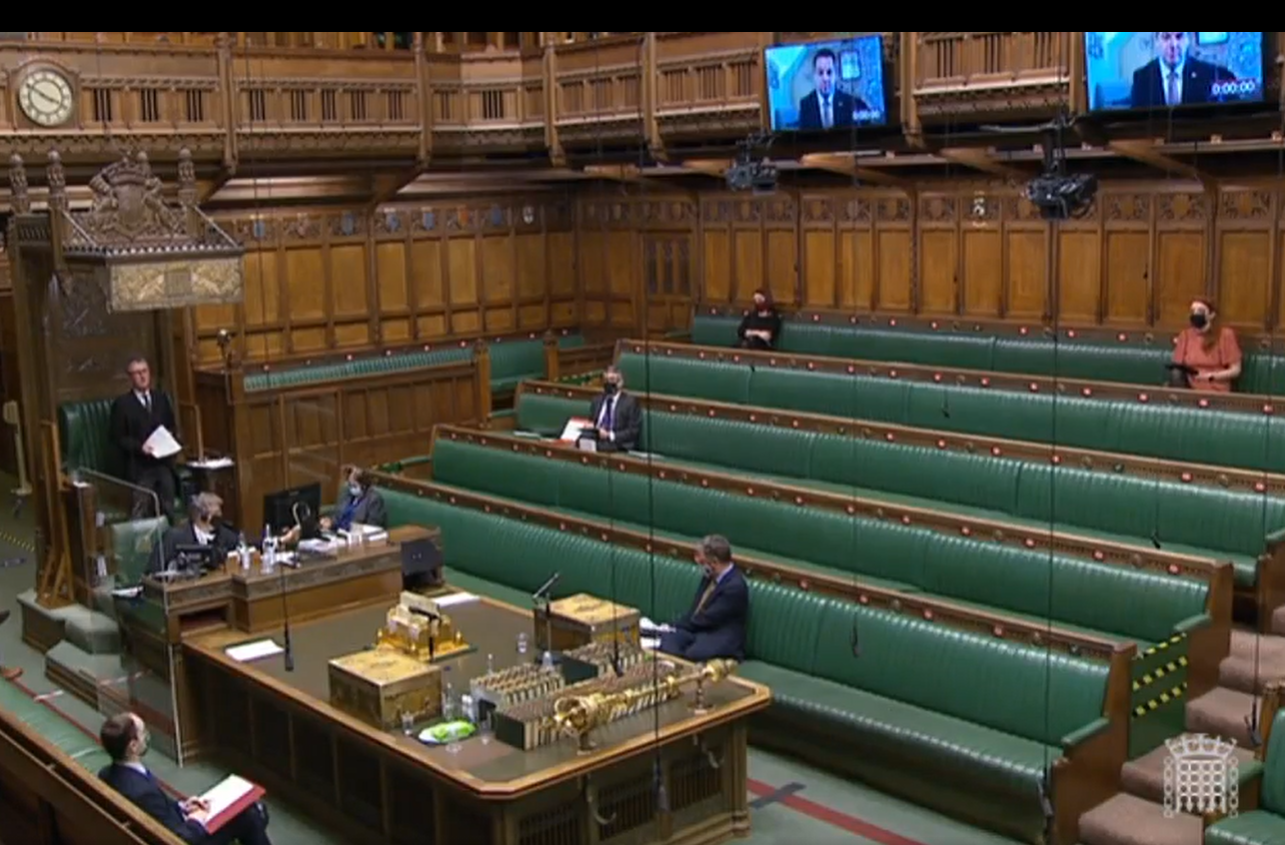