Siemens and 900k for Goole

Andrew has provided an update on the Siemens project and the Goole Town Deal.

Andrew provided the following update on Facebook: "I was at the Siemens site this morning for an update on the project. Lots of groundwork has now been completed and construction on the factory and the innovation centre should be commencing in November, meaning that residents will see a lot more activity.

"Siemens have also been busy selecting their contractors, which of course we hope and expect should have a very strong Yorkshire focus. More info on this will be provided by Siemens shortly.

"In other good news, the Government has today signed off on their £750,000 pounds of advance funding for the Goole Town Deal. Siemens are contributing an additional £150,000 to this, meaning we now have £900,000 which will be spent on the town between now and the middle of next year. This is an advance on the up to £20m Town Deal Fund, which will be submitted at the end of this year. This £900k will be spent on a range of projects including park improvements, enhancements to Oakhill, the wheels to work moped loan scheme, and also includes works to the Market Hall. Full details will come once all of the projects have been finally defined.
"The photo below is of me on site today at Siemens, who have now moved their project team to the buildings on the site. This includes a nice roof terrace, which was a little windy this morning!" 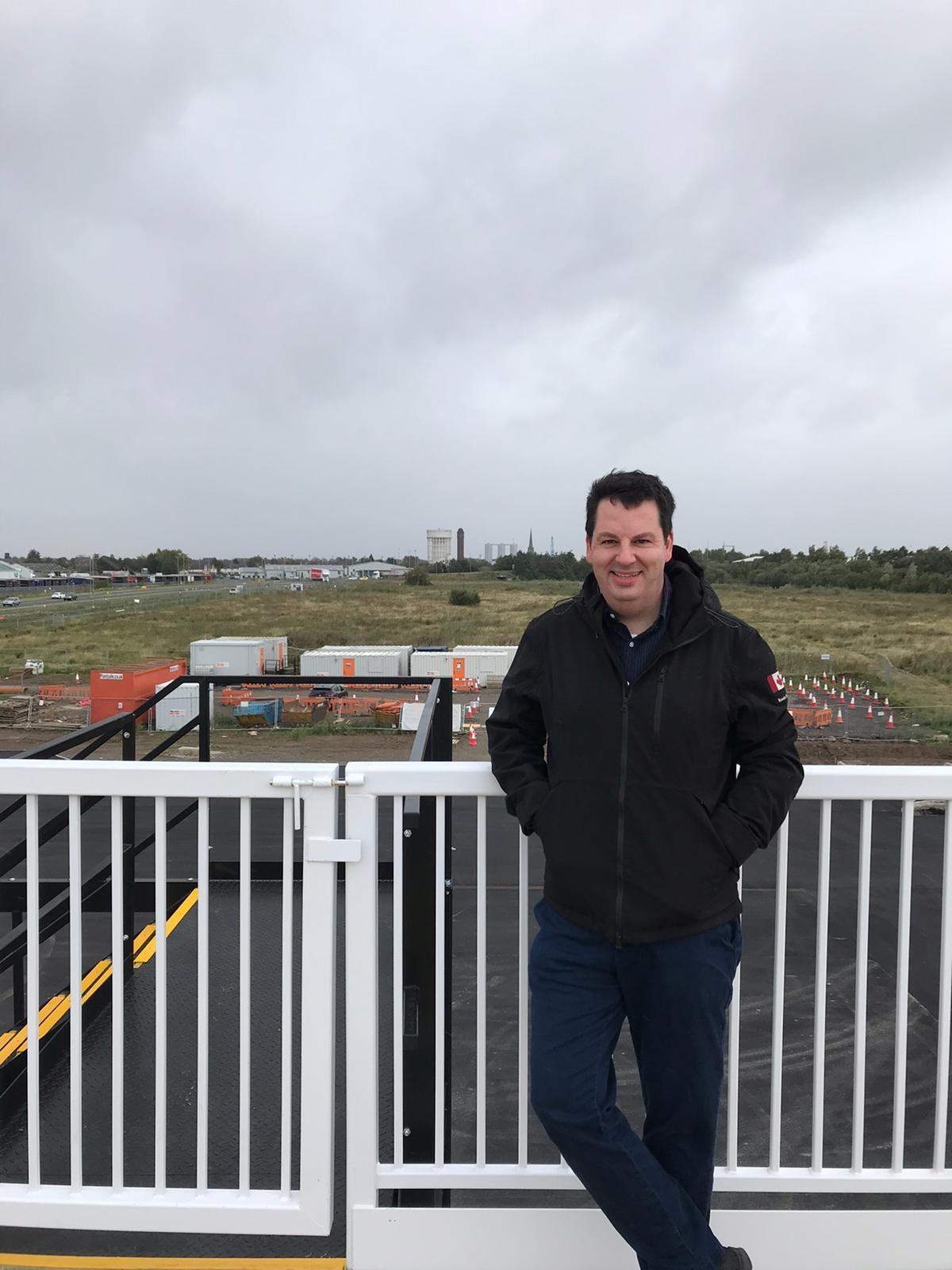