I’ve had a full and packed weekend out and about in the local area. Friday was great as we finally got to launch the Imagination Library in Brigg and Broughton. This is the literacy scheme for under-5s that provides local children with a free age-appropriate book in the post every month. We now have 5000 children signed up in North Lincolnshire.

The Imagination Library was established by the Dolly Parton Foundation in the US and has spread to the UK. I know from being a teacher that getting kids reading at home before they start school really makes a difference. I asked North Lincs to look at funding this for our area and thanks to the work of Cllr Rob Waltham, Cabinet Member for People, the Council funded it!

Brigg had to be last on the roll-out though as Cllr Waltham represents this ward so it was important it didn’t look like preferment for his own area. The launch at Brigg Children’s Centre was really well attended with over 100 children getting signed up in the morning. I was joined by Broughton Town Mayor, Cllr Holly Mumby-Croft and Broughton Cllr Keith Portess for the launch.

On Monday morning I was back at Keadby Children’s Centre, again on an Imagination Library scheme visit. The Isle is where the scheme was rolled-out first and myself and Crowle Town Councillor, Julie Reed, visited with parents and children on the scheme. To say parents raved about the scheme is an understatement, as did Children Centre staff and Library staff who are all supporting it.

On Friday and Saturday nights I did night shifts with Humberside Police as part of the Parliamentary Police Scheme. I have written about this before and I am making progress towards my 20 days commitment for this scheme. I have to say after a full day on Friday, I wasn't sure I'd make it through a night shift. I did though and left at 6am Saturday. Sadly, I had to be up again at 10am for our campaign day in Broughton and then go back and do it all again Saturday night!

I may have been tired but I found these two shifts really useful. I spent time with the incident response team this weekend and was again shocked by how many calls were related to alcohol or drugs. This team responds to the 999 calls and too many calls were domestic incidents, often with violence involved. It was quite shocking to see and really sad to see the cycle of violence some relationships seem to revolve around.

I also got to visit Pipers Crisps this week who have benefited from a Government grant to enable them to expand. Yes, we did get some free samples and as you can imagine, I was in heaven surrounded by all those crisps. I was less keen on the hairnet though!

In Parliament last week, matters were largely taken up with the Immigration Bill. One amendment I voted for would have removed the right of foreign criminals to stay here under the Human Rights Act right to a family life nonsense. Sadly, Labour and Lib Dem MPs voted that down! I bet they won't be shouting about that to their constituents! 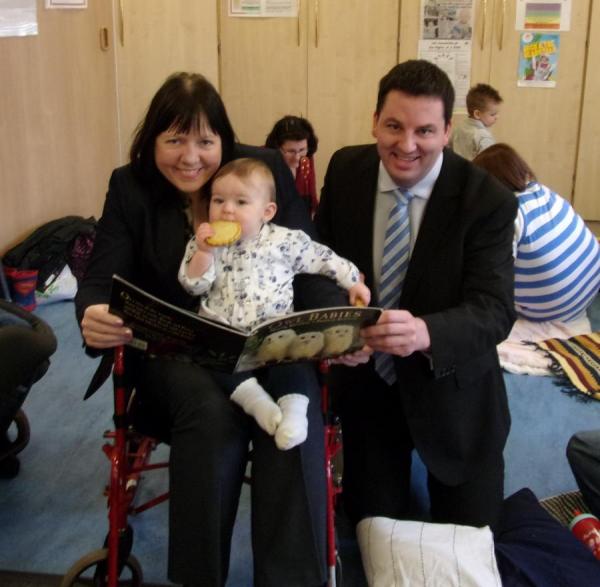