Andrew has received a further update from the Highways team regarding the above works.

Andrew reports, "Regarding the opening up of an additional lane on the eastbound carriageway, National Highways have informed me that they are working with their supply chain partner and their suppliers to procure the appropriate fixings to secure the bridging plates over the damaged joint. As a result, they are hoping to have the required fixings on site later this week.

"They added that they still do have to undertake testing of the fixings into the bridge deck, that does require a 24 hour curing period before they can fix the plates, and these tests are scheduled for this Friday.

"Subject to the successful testing of the fixings, they will then be able to place the bridging plates and secure the fixings with a further period then for the curing process.

"Following the successful fixing of the plates, amendments to the traffic management and additional road markings, they aim to have an additional lane on the eastbound carriageway, where traffic will be able to exit at Junction 37, on Wednesday 6 July.

"Finally, in relation to a query I raised about the possibility of opening up an alternative crossover point between the westbound and eastbound carriageways, in order to access the exit at Junction 37 sooner, they informed me that this location was reviewed at the time with their traffic management designer but unfortunately due to safety concerns with regards to the length of the crossover, together with the close proximity to the exit slip road, this option could not be safely implemented, hence the need to utilise the longer crossover underneath the intersection at Junction 37.

"As ever, I will be sure to provide any further updates."

Photo - a previous photo taken by Andrew when inspecting the works. 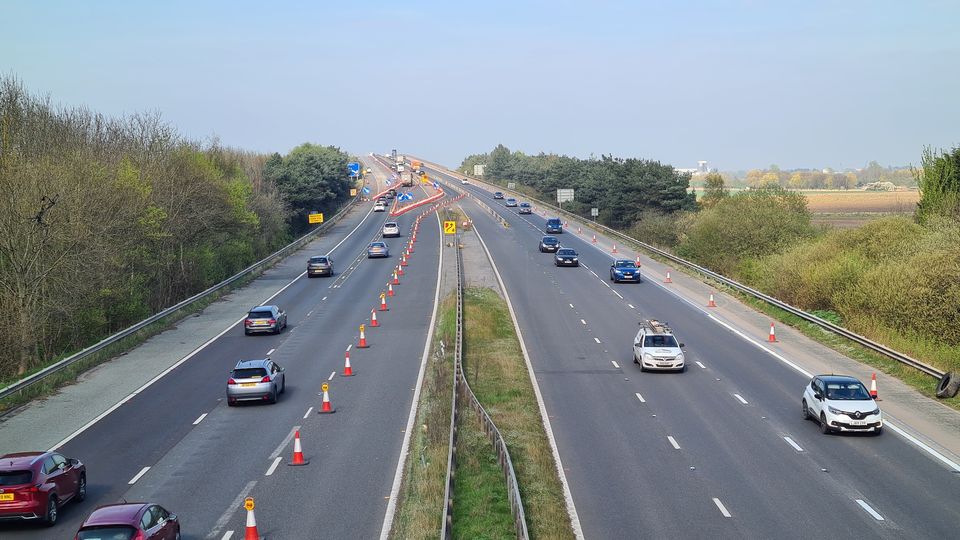