Andrew received information on the increase in provision for Goole during the day, showing that next year there will be three ambulances and one Rapid Response Vehicle (RRV) for Goole. This means that Goole has effectively gained one ambulance and one RRV for daytime cover. Previously this RRV has had to come from Brough. There are also more ambulances being made available in Doncaster which will assist cover in this area.

David was able to provide information on changes to staffing cover and how the service is adapting locally to address increases in demand. Andrew was also briefed on the success of the Emergency Care Practitioner (Advanced Paramedic) trial Andrew lobbied for to be based in the town. Andrew was told that, partly due to this trial, the Minor Injuries Unit had received 14 patients in November alone from the Ambulance Service, who may otherwise have been sent to Scunthorpe A+E. This was the highest number for many years.

Andrew, who is also a Community First Responder with the Ambulance Service says, "I have been campaigning for better response times for some time now and was pleased to hear this week from the local NHS Clinical Commissioning Group that response times in the town have improved in recent months. I am also pleased to be informed that we should be securing more Ambulance resources next year. I will be looking more closely at these proposals.

“I’m really pleased to see that the ECP is having such a positive impact locally. This is something that I called on the Ambulance Service and Commissioning Group to trial so it is really good news to read these results after such a short time. A number of residents have commented on the quality of service they’ve received from the ECP and I have sent this as an example to the Secretary of State for Health.” 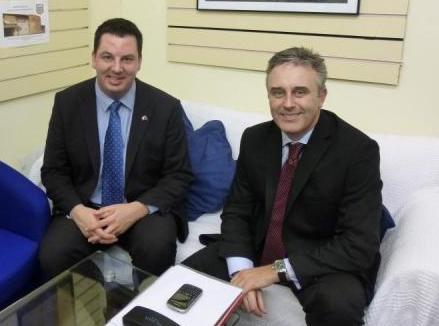