Andrew continues his war on litter with the help of local Councillors.

Nationally, there has apparently been a massive increase in littering during the pandemic for reasons not yet clear. We have certainly noticed that here too which is why I have been litter picking in Goole recently.
I'm working closely with North Lincs Council on a strategy to address this and here is where we are at -
*
- The Council has engaged a new team to enforce littering in town centres which has already issued hundreds of fines.
*
- North Lincs is supporting local volunteer litter groups by providing the litter picking equipment and special burgundy bin bags which can be then left out to be collected by the Council refuse. Thanks to the hundreds of residents taking up this volunteer scheme and your local Conservative team has been delivering these to local residents and actively litter picking.
*
- I also took the idea of some advanced enforcement cameras to North Lincs Council which I saw another Council using. North Lincs is now actively pursuing these. The cameras will be mobile and put in hotspot areas and with their advanced technology they can record number plates and can spot litter being discarded.
*
- North Lincs is also looking at other options and messaging to encourage people to take their litter home with them or discard in a litter bin.
*
- Cllrs Anne Handley and Nick Coultish are working to push similar schemes for East Riding Council too.
*
With literally thousands and thousands of miles of roads to keep clear of litter, this is a real challenge for local Councils especially as they have had to divert a lot of resources to Covid in recent months.
At the end of the day, the fault here rests fairly and squarely with those who drop this litter. Rest assured we are prioritising this issue locally. 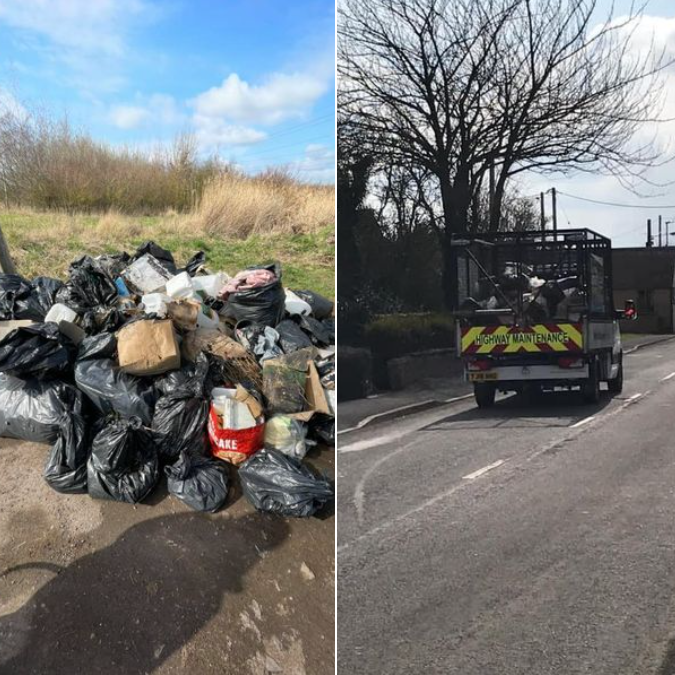