Andrew has welcomed the Government's new Veterans Railcard, which was launched earlier today.

The railcard offers an additional 830,000 veterans, who are not covered by existing discounts or railcards, up to one-third off most rail fares from 5 November. Moreover, it will also extend discounted travel to a named companion and up to four dependent children, if travelling with the cardholder.

Andrew adds, "This initiative comes as part of the Government’s manifesto pledge to support our veterans and their families. This new railcard will help veterans with work prospects and retraining opportunities, along with making it easier for former members of the armed forces to stay in touch with friends and relatives.

"I was also delighted to see that Captain Sir Tom Moore was presented with the very first of these new railcards."

Please help raise awareness of this scheme with any veterans in our area. Any veterans looking to register can do so via the following link: https://www.veterans-railcard.co.uk/ 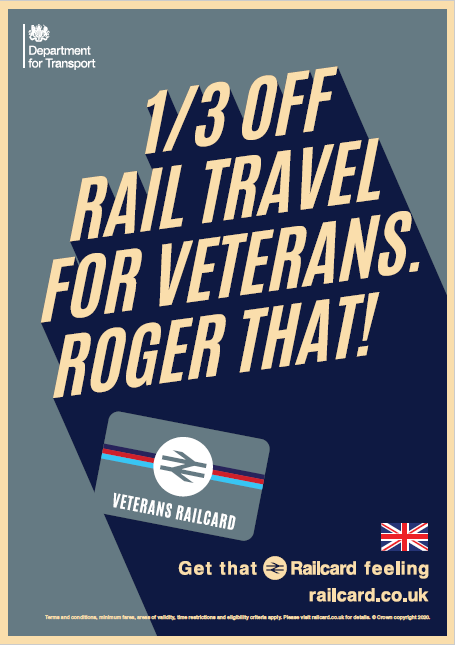