I wanted to wait until the community and Josie's family had had the time to pay tribute to Josie Head in the Goole Times this week before posting this.

As many may know, Goole Mayor Josie Head passed away peacefully last weekend following her battle with cancer. Not only was Josie Mayor and a former East Riding Independent Councillor, she was also a good friend to me and someone I worked with and relied on for support over the years.

I will miss her very very much, especially the ear bashings she gave me on occasions! Once Josie had something in her mind there was no way of persuading her other wise and I loved that about her.

"I first met Josie shortly after I was elected as our MP for the first time and she was campaigning, as she always did, for Goole Hospital. I remember being a little bit intimated by this quite short and feisty Old Goolie, who was taking no prisoners when it came to taking on the hospital trust. As it turned out, Josie and I became really good pals and I appreciated her friendship very much.

Over the past few years she has been a huge source of support locally, and I was honoured when she proposed me on my nomination forms at the last election. We worked together on a number of issues in the town, most recently on the Town Deal Fund board, putting together the town’s bid for the up to £25 million of government funding that is being offered. As you would expect, Josie was not backwards at coming forwards on those board meetings, and the final bid we put into government reflects many of the projects and priorities Josie argued for at the Town Deal board. It’s very sad that Josie won’t be with us to hear the outcome of that bid, but if successful, it will be in no small part down to Josie.

We didn’t always agree on everything, and when Josie thought I was wrong, she never held back in telling me. Indeed, one of our last disagreements was bizarrely over the issue of crazy golf! Despite having served ten years in parliament and having to stand many times at the Despatch Box against the opposition, nothing has ever scared me as much as being on the different side of an issue to Josie. Fortunately, that was a rare occurrence, and I am proud to have worked with Josie on many projects to improve the town.

She was an incredibly generous person too. Josie quietly gave to a number of good causes and charities - the under-5s Imagination Library literacy scheme, which I set up locally, was just one of those. She did that without wanting any recognition. She gave generously for community defibrillators, to the VPG, the Old Goole War Memorial and much more besides.

Josie was a woman of great faith, but her greatest faith was in the people of Old Goole and Goole, and I know it was a particularly proud moment for her when she became mayor. I’ll miss Josie’s support, friendship, wise counsel, but most of all I’ll miss her passion for this town and its people. From this day forth, I know Josie will continue to be looking down and making sure we are all doing our job properly. And yes Josie, we will continue trying to sort out those bloody subways."

Give Em Hell Up There Josie! 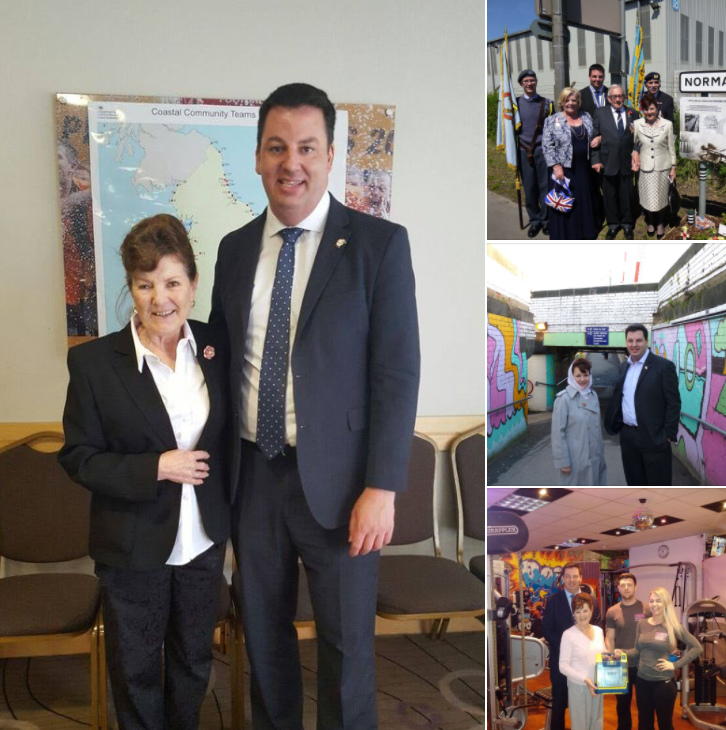