Smoking ban in cars – What do you think?

You may have seen in the news recently that Parliament will shortly vote on proposals to make smoking in cars with children in them illegal. The House of Commons will undertake a free vote on this matter and I would really like some guidance from you as to how you would like me to vote.

We live in a representative democracy which ultimately means MPs are supposed to make their own judgement and then be held accountable at the election. Clearly, this is the basis on which most votes are taken, but I feel that there are some issues that really do require more public engagement, particularly when the proposal being voted on wasn't in party manifestos at the last election. I took this view over the vote on action in Syria and really welcomed the input of hundreds of local residents.

On this issue, I personally am not very supportive as I believe the measure would be almost impossible to enforce. I would rather the police used their scarce traffic resources to address speeding through our communities and dangerous driving. There is also the question of where the line is drawn between the rights of the individual, and the rights of the state. For example will we soon be telling residents they can’t smoke in their own homes?

Any adult who smokes in a confined space with children present, is to me not only unwise, but also guilty of potentially damaging their child’s health. It should not happen and I hope parents who do smoke would understand this. However, as I said above, I worry that this measure is simply not enforceable and therefore ineffective.

Polls appear to show that a majority of the public do, however, believe that a ban should be introduced. The best minds in this country are obviously situated here in our area, and that is why I would like you to tell me what you think I should do on the vote next week.

I've produced a simple link to a survey which can be completed in seconds. Please let me know what you expect from me on this matter.

Note: The poll is now closed, but I'm still happy to hear your views.

P.S. To ensure the poll is fair, I will only be able to take into account responses that also include a full name and address. This is to prevent the poll being influenced by people outside of our area and to prevent multiple voting. 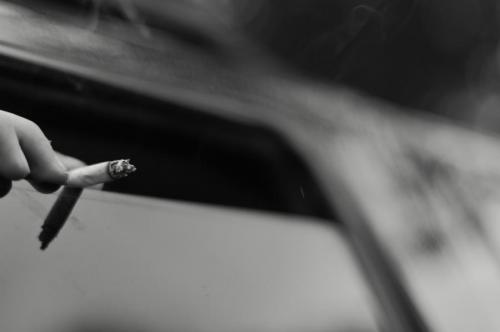