Andrew has provided an update on the issue of the Park Lodge Shooting School in West Cowick.

Following my letter to residents a few weeks ago reporting on the Council opening up an enforcement investigation into the works at the shooting school, I have received a further update from the East Riding which residents may find interesting.

Whilst this is not an issue I have any power over as our MP, I have for some time being advocating on behalf of local residents to those that do have that power. The disruption being caused by the movement of materials to the site is not acceptable.

Here is the latest from the East Riding of Yorkshire Council's planning team.

"Following further information received in respect of the bunding on site not being constructed in accordance with the planning approval, the owner has been asked to cease all further importation of material onto the site. Furthermore, the developer claims that the bunding needs to be built at different gradients to those that were approved, and as such the Council have again asked that a planning application be submitted showing what is intended to be built.

Despite the above, it is understood that material continues to be imported onto site this week. Accordingly, the matter is being urgently reviewed with the Council's legal department and a further update shall be provided in due course." 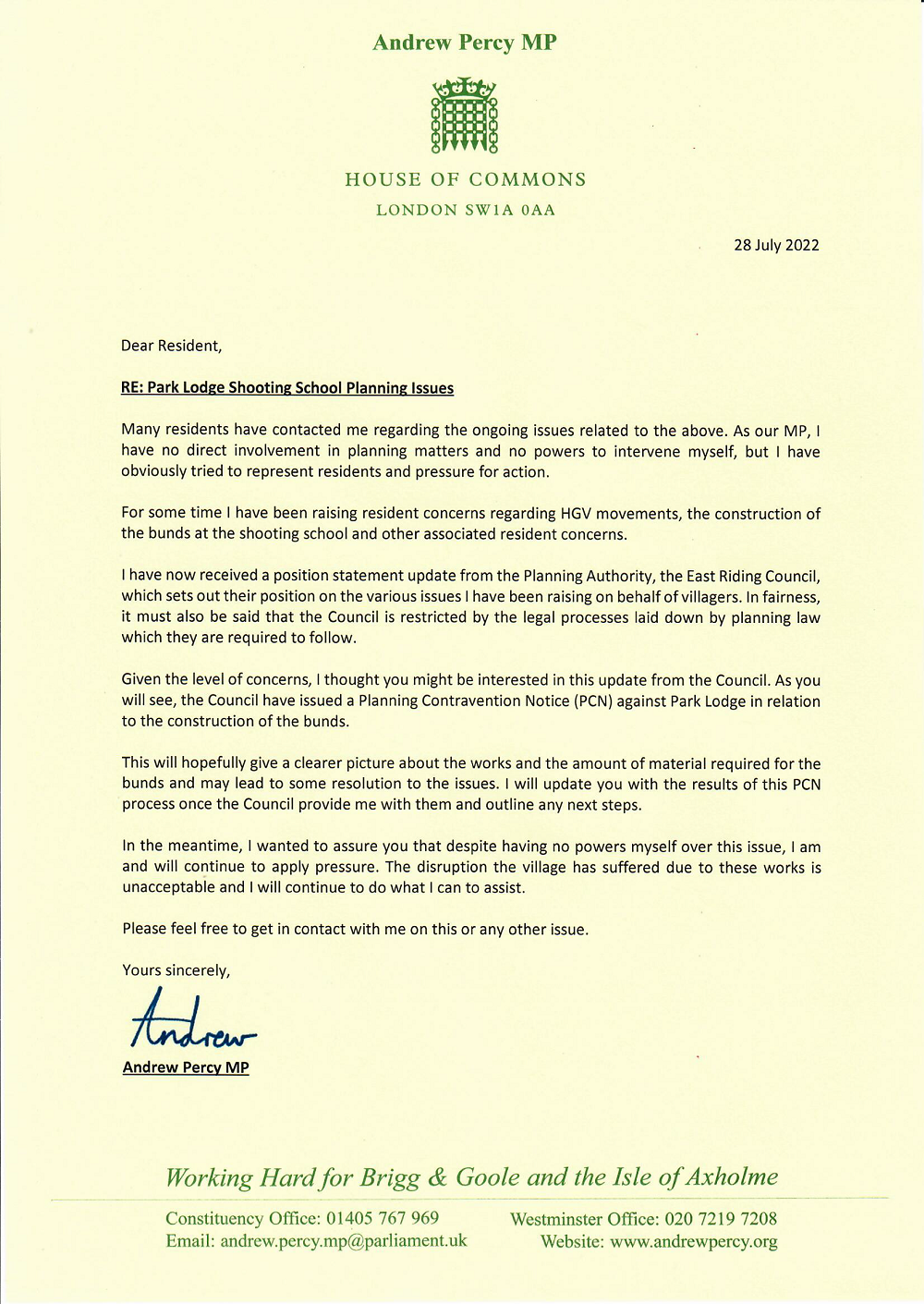