Further to Andrew's recent update on the Airmyn foreshore stabilisation works, he also discussed the on-going River Aire modelling which is taking place to model future management of the River Aire in our area.

Andrew reports, "This was a recommendation from both the East Riding and North Yorkshire Section 19 investigations into the flooding that took place in Snaith and Cowick back in February 2019.

"This model will be essential for future investment decisions into how the river is managed. It includes all of the data from the flooding which saw record levels of water in the system which means that there is now real data on how the system operates at such high levels. The amount of water was of course in excess of what the defences were designed to deal with, and our area actually has some of the highest flood defence standards in the country due to the risks locally.

"These are long processes and that is frustrating, but to make the case for any future investment in new schemes or changes to how the water is managed, there must be evidence to support that, and this is what this model, which is being developed by the EA, East Riding and North Yorks, will provide.

"There is also progress on plans to create a Lower Aire Flood Partnership, which will bring together all of the professional agencies involved in managing flood risks, as well as local MPs, with the view to improving integration and creating a proper Action Plan.

"Trust me, talks of plans and models frustrate me too, but I am afraid they are necessary in this day and age to justify and evidence the need for new schemes or projects, especially when climate change is increasing the risks across the country from flooding.

"I also raised with the EA what plans they had for winter preparedness given this is a time when we can see considerable amounts of water in the system. Whilst the defences that were damaged have been repaired and there has been a lot of work to improve coordination in the future, those record amounts of water (which we hope are exceptional) would still cause issues if repeated and we need everyone to be prepared for that. As I say, we hope that those exceptional levels are just that - exceptional!

"I am continuing to push for action and will keep on top of this issue." 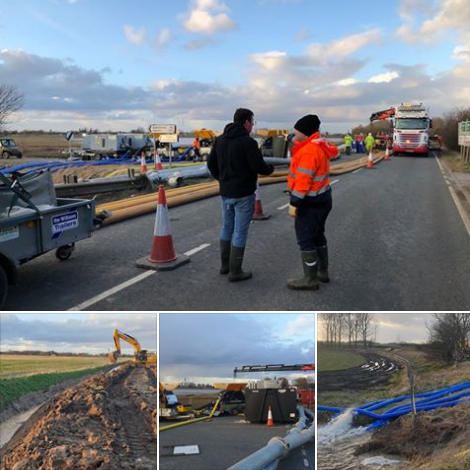