Andrew and Councillors, Caroline Fox and John Barrett, met with the Environment Agency again this week to discuss progress on improvements to the river bank at Reedness. The trio have met the EA on a number of occasions since the flooding in December, in the hope of securing action to improve the river bank in the village.

Progress seems to be being made with the EA confirming that they have bid for up to £5 million from the additional funding made available by the Prime Minister following the recent flooding. The funding bid has to go through a number of stages before final approval. It is hoped that a decision will be made within weeks on this bid.

Andrew comments, “If we can get a slice of the extra money made available for flood recovery works by the Government, then myself and local residents will be over the moon. I have raised the issue of flood defences in our area a number of times in Parliament, especially since the flooding of December.

I will once again by lobbying Ministers to try to give this funding bid for Reedness an extra nudge!”

Caroline continues, “Residents in Reedness are rightly concerned that the bank over which the flooding came in December, is lower than along other stretches in the area. Obviously what happened in December was exceptional but we want the defences to be raised along this stretch so they are at the same height as the rest of the banks.”

John adds, “In addition to the extra funding for flood defences made available by the Government following pressure from MPs such as Andrew, residents can also benefit to the tune of £5,000. This funding is available from April 1st and provides homes that were flooded with up to £5,000 of flood hardening and resilience works. The funding is administered by the East Riding and requires an assessment, ahead of works. If you would like to know more please contact Andrew’s office on 01405 767969.”

Photo: Andrew John and Caroline with Phil Winn and Adrian Gill from the Environment Agency 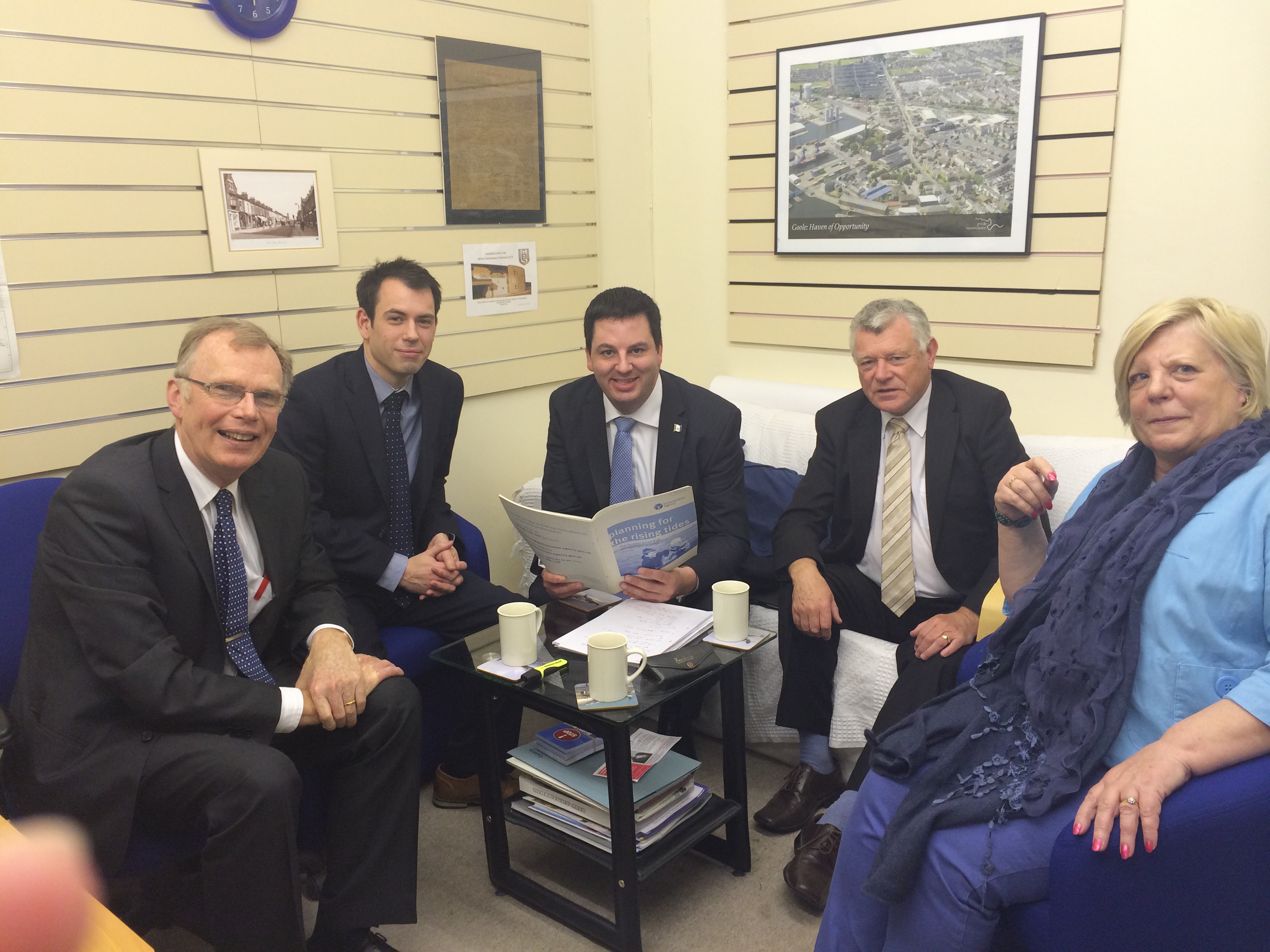