Andrew took part in the recent Westminster Hall debate on Online Harms. As co-chair of the All-Party Parliamentary Group Against Antisemitism, his contribution to this debate focused primarily on antisemitism online. You can read Andrew's speech below, or watch the video on his Facebook page: www.facebook.com/andrewpercyofficial

Andrew adds, "Since the debate, I was glad to hear that Facebook are updating their hate speech policy to prohibit content that denies or distorts the Holocaust. Facebook informed me that, beginning later this year, they will also direct anyone to credible information off Facebook if they search for terms associated with the Holocaust or its denial on the platform." You can read Facebook's full announcement here: https://about.fb.com/news/2020/10/holocaust-denial-ban/

It is a pleasure to serve under your chairmanship, Sir Edward. I pay tribute to the hon. Member for Halifax (Holly Lynch), a fellow Yorkshire MP, for securing the debate and for the content of her speech.

I will primarily focus on antisemitism online, particularly in my role as co-chair of the all-party parliamentary group on antisemitism. Before I do that, I want to raise the issue of financial scams, which many of us have been lobbied on. I had a very sad case of a constituent who was recently affected by such a scam. They are truly shocking and harmful scams that take place online. I hope that as the Government move forward in this space and introduce legislation, they will have scams in mind too.

We all know the history of the rise of antisemitism in recent years, both on the far left and on the far right in this country, and across Europe and the wider world. It is sad that antisemitism has continued to grow and to find space online during this period of coronavirus. We have seen a fall in the number of physical incidents, probably because of the lockdown, but sadly we have seen all too much of a continuation online. Between the start of this year and June the Community Security Trust recorded 344 online incidents. There would have been many more were it not for the narrow reporting parameters. We could easily be up into the millions if we could measure antisemitism under the broadest scope. Those examples are as shocking as what we all know. There are many Members present who are members of the all-party parliamentary group on antisemitism and who have taken a stand on the issue.

During the period in question there has been Zoombombing of Jewish events with vile racist antisemitic commentary. Sadly, there have been covid conspiracy theories growing online. It is disappointing, first, that there is an anti-mask movement—sadly that is across the world; but often that moves closely to antisemitism. A constituent recently contacted me about that, with some barking mad idea about masks and how terrible they are, to which I replied, “Next thing you will be telling me it is all the fault of the Rothschilds,” to which—no word of a lie—I received a response saying “Actually, the Rothschilds knew this was going to happen.” That is how this stuff spreads. It is a simple step from one to the other.

The hon. Gentleman is making some crucial points. Does he share my disgust, and is he appalled, that YouTube at the start of this debate is providing links to a notorious antisemitic radio station called Radio Aryan and, indeed, a whole channel dedicated to antisemitic material? I will not read the name out. The content is there right now, as we are having this debate. YouTube has not removed it.

It is absolutely shocking. It should not take legislation to deal with it; it is obvious that the content should not be there. We need the Government to legislate, as I shall come on to in a moment, but it takes no brain surgeon to figure this stuff out. Sadly, too many platforms do not do enough.

Then of course there was the shocking Wiley incident, when he was tweeting on average every 87 seconds, which is incredible. There were 600 tweets, on a conservative estimate, which were seen online by more than 47 million people, of vile antisemitic abuse. Let us just consider some examples of it. He tweeted:

“If you work for a company owned by 2 Jewish men and you challenge the Jewish community in anyway of course you will get fired.”

“Infact there are 2 sets of people who nobody has really wanted to challenge #Jewish & #KKK but being in business for 20 years you start to undestand why:”

“Jewish people you make me sick and I will not budge”.

It took days. As I said, it took, at a conservative estimate, 600 tweets before anything was done about it. Instagram videos were posted. When one platform closed it down it ended up elsewhere. That is despite all the terms and conditions in place.

Enforcement is, sadly, all too invisible, as the hon. Member for Cardiff South and Penarth (Stephen Doughty) has highlighted, with regard to Radio Aryan. I was pleased that Wiley was stripped of his honour, but he should never have been able to get into the position of being able to spout that bile for so long. The best we have been able to do is strip him of an honour. It is completely and utterly unacceptable.

There is a similar problem with other platforms. I want to talk briefly about BitChute. It is an alternative platform, but we see the same old tropes there. Videos get millions of views there. It is a nastier version of YouTube—let us be honest—with videos in the name of the proscribed group National Action, a channel, for example, with the name “Good Night Jewish Parasite”, livestreaming of terrorist content, racist videos about Black Lives Matter protesters and much more; but it is a UK-based platform with UK directors, and while action is taken against individual videos there is, sadly, not enough recourse. Given the time limits, I shall quickly ask two questions and make two comments on legislation and where we are heading.

The online harms White Paper suggested a number of codes of practice, and that seems to have been rowed away from somewhat in recent weeks and months, so that there will be reliance, instead, on the terms and conditions. I do not think that that is enough. I hope that the Minister will confirm that enforceable codes of action will flow. I hope that also if she has some time she will perhaps meet me, and the Antisemitism Policy Trust and other partners, to discuss the matter in more detail.

Will the Minister consider introducing senior management liability for social media companies? The German model for fines is often talked about, but it has not worked. The maximum fine so far issued in Germany is, I think, two million dollars or pounds, which is nothing for Facebook. It can afford to build that into its programme.

There is plenty more I could have said—I am conscious of the time—but I hope the Minister will commit to meet with us and respond to those two points. 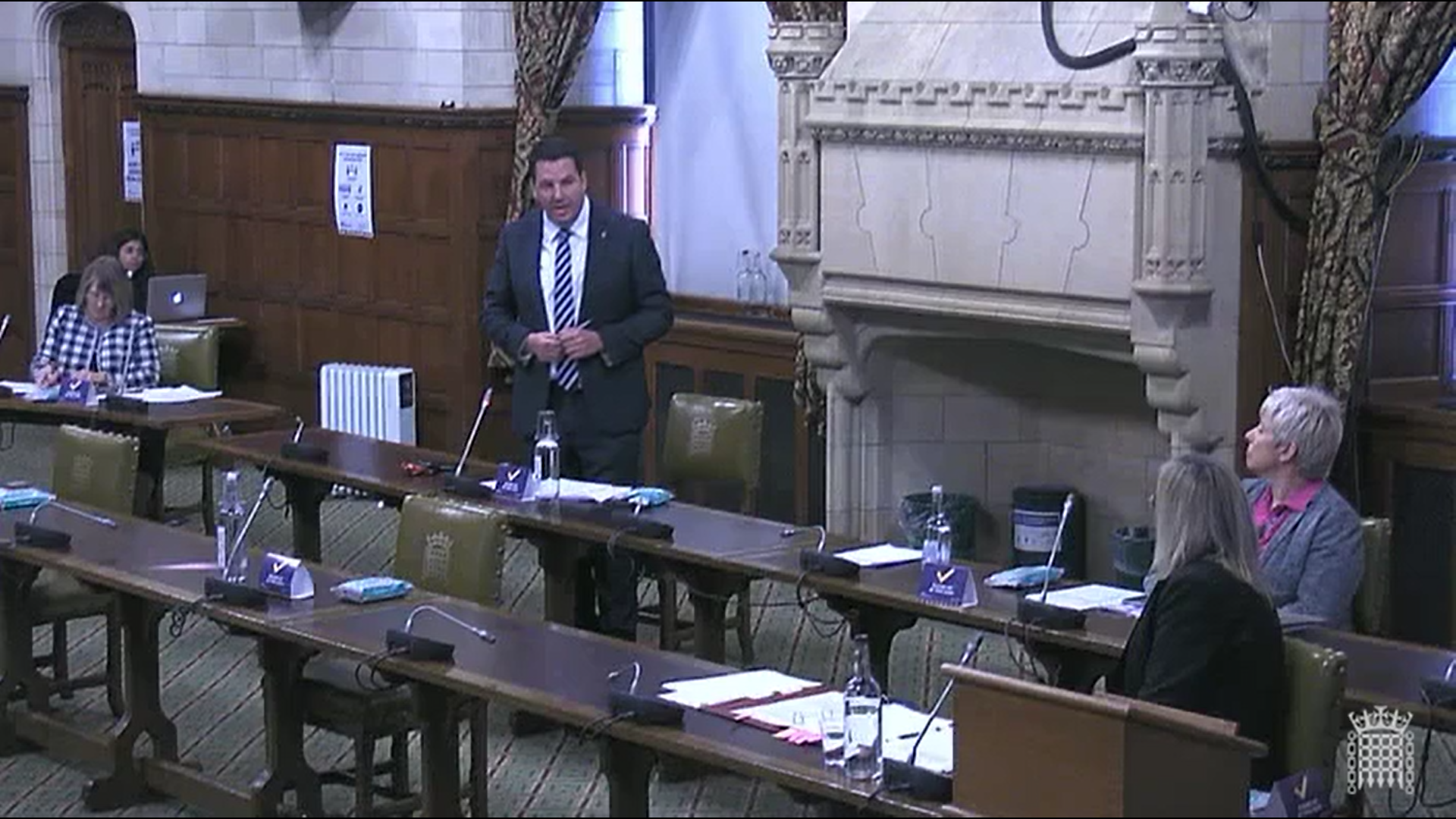