Andrew's campaign against nuisance calls took a huge leap forward today as the government announced plans to levy huge fines on firms who break regulations. Andrew has been campaigning for action after local residents, who were being bombarded with cold calls, contacted him for help. Andrew met with Ofcom and lobbied Ministers to act.

The proposals announced today could see firms who break the rules receive crippling fines of up to 20% of their annual turnover. There are plans to lower the damage threshold for consumer harm and allow government regulators Ofcom, the Insolvency Service and the Information Commissioner’s Office to swap data about rogue firms.

The changes, which are out for consultation, would dramatically increase the power that regulators have to tackle nuisance calls and would allow regulators to target UK firms who use foreign call centres.

Andrew Percy MP says, “We all receive far too many cold calls and it really has to stop. Residents are in the best case inconvenienced by these annoying calls, and in the worst made to feel unsafe in their own home, especially if it’s a silent ‘dropped call’.

“I’m pleased government has listened and is now pressing forward with plans to levy huge fines on firms that behave in this way, as well as other reforms to make it easier for regulators to identify and crack down on these businesses.” 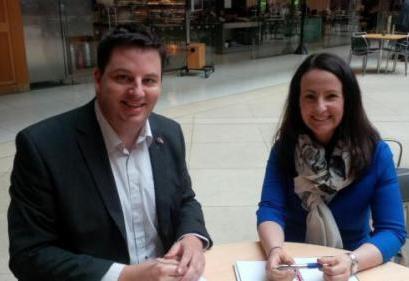