Andrew recently visited Oakhill Nature Reserve to see the new sculptures that have been installed as part of a £300,000 upgrade.

You can read more about this project in the article below.

New bespoke sculptures have been installed at a popular nature reserve as part of an extensive programme of improvement works.

The Goole Town Deal Board, a collective of public sector organisations and major private businesses tasked with regenerating the town, has contributed £150,000 to the works.

The same amount has come as a matched contribution from Siemens Mobility, which is developing its pioneering rail manufacturing facility close to Oakhill.

As part of the upgrade, three major public works of art have now been installed at the car park, the entrance, and within the reserve.

A flower totem pole capturing the natural character of the area now greets visitors in the car park, with a dragonfly inspired gateway welcoming them at the entrance of the footpath into the reserve.

In addition, a large newt, dubbed ‘Tom Pudding’ in reference to Oakhill’s location off Tom Pudding Way, now sits close to a picnic area within the reserve.

The oak totem pole was crafted by sculptor Natasha Houseago, from The Cotswolds, with the dragonfly gateway and steel newt both created by Harrogate-based artist Ben Greenwood.

Phil Jones, Vice Chair of the Goole Town Deal Board, said: “Oakhill is a wonderful natural asset in our town and has been enjoyed by local people for many years.

“With the development on Tom Pudding Way, it was recognised that a new car park and welcoming entrance were essential.

“Siemens Mobility responded to this and this joint funding has enabled these stunning sculptures – which have been carefully created to reflect the natural environment – to become part of the landscape.”

The Oakhill Nature Reserve project is one of a number of initiatives launched after the town deal board successfully applied for £750,000 of accelerated funding from the Government’s Town Deal process.

Earlier this month, the board was successful in its overall bid for £25m of funding from the process, for Goole’s wider regeneration.

Brigg and Goole MP Andrew Percy, who played a critical role in securing Town Deal status and is a member of the board, said of the Oakhill improvements: “Siemens Mobility’s investment, alongside the advanced funding we received from the Government, has been most welcome and will help enhance the experience for those visiting the nature reserve.

“It just goes to show how development, such as the rail factory, can exist alongside and improve our natural environment.”

The 150acre Oakhill site was once a bustling hive of industry, with railway sidings, shunting yards, sheds housing steam engines and brickyards. It is now a popular spot for walkers and cyclists living in Goole and the surrounding area, featuring ponds, meadows, wetlands and woodlands.

Further improvement works to be completed as part of the project include the resurfacing of the car park and the creation of 20 marked parking bays.

Information boards will be placed in the car park, along the pedestrian access and throughout the reserve, telling the story of Oakhill.

Map boards and directional signage will also make the reserve easier to navigate and there will be improved seating in the form of benches along the footpath.

Siemens Mobility’s rail manufacturing plant is being developed next to Oakhill, with the first phase due to be operational in 2023. It will create up to 700 new jobs and build a lasting legacy for the area.

The factory will be the centrepiece of a state-of-the-art “rail village” at the Goole 36 enterprise zone, including a research and development and digital innovation cluster.

David Harris, Construction Project Manager for Siemens Mobility, which is represented on the town deal board, said: “It’s fantastic to see these wonderful art installations in place, which will improve the visitor experience at Oakhill.

“The reserve is very important to the people of Goole, as well as those visitors from outside the town, so we’re delighted to have worked closely with our partners to help deliver these beautiful sculptures and we continue to work on further improvements.

“Siemens Mobility is very much a part of this community, which is why it’s so important for us to play our part in the enhancement of this popular natural habitat for the good of the town.”

East Riding of Yorkshire Council is represented on the town deal board and managed the selection process for the commissioned art installations.

Councillor Jane Evison, the council’s Portfolio Holder for Economic Growth and Tourism, said: “There’s a lot of investment in Goole at the moment and it’s fantastic to see the stunning sculptures recently installed at Oakhill.

“The huge development on Tom Pudding Way will really put Goole on the map, so to see such a fantastic asset as Oakhill benefit from this funding can only be a positive thing for the residents of the town and the surrounding area.”

The Friends of Oakhill conservation group has been consulted throughout the process and members have already received positive feedback on the sculptures.

Kevin Flynn, Chair of Friends of Oakhill, said: “We’ve had very good comments about these fantastic new installations and people who have seen pictures of them on social media now want to come and visit the reserve, which is great.

“Visitors will now have an enhanced experience when visiting Oakhill, which will be further improved by the information boards, direction markers and enlarged car park.” 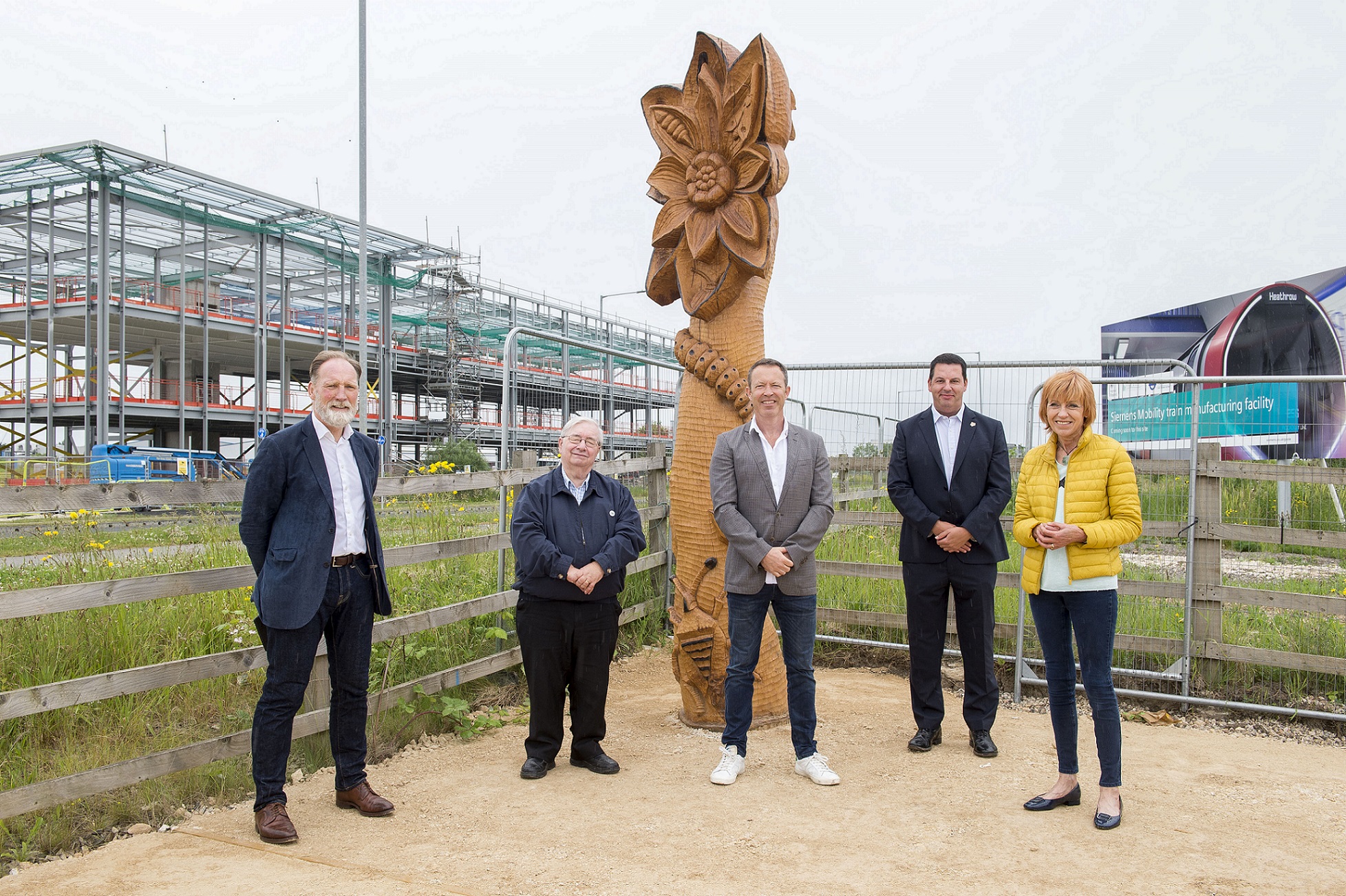 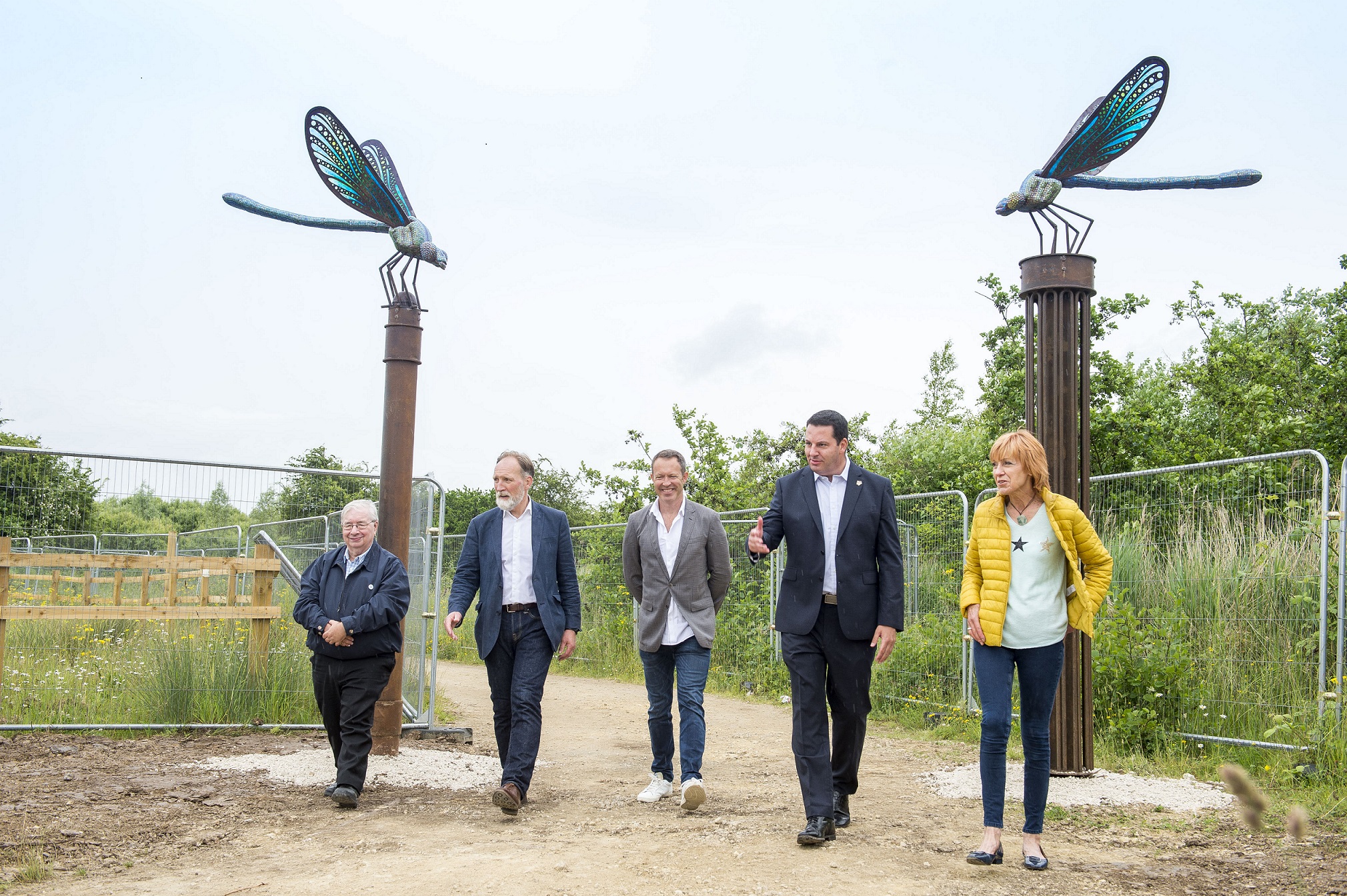