New Measures to Cut Taxes and Back Savers

Andrew has welcomed dramatic new help announced in the Budget for taxpayers and savers.

The Budget will help local residents by putting money back in peoples’ pockets and by helping those who want to save for a home, save for their family or save for their retirement by:

•Freezing fuel duty again, meaning it’s now £11 cheaper every time you fill up your tank than under Labour’s plans.

•Abolishing the 10p starting rate of tax for savings income – the 10p band will become a zero rate band and will be extended to the first £5,000 of savings income. This will benefit 1.5 million low income savers.

•Creating a new pensioner bond that will offer a return that is better than anything pensioners can get now – helping pensioners who have worked hard and saved.

•The biggest reform of pension taxation in a century. This will mean:

oNo one will have to buy an annuity if they don’t want to.

oThere will be no punitive 55 per cent tax rate if you try and take more than your tax free lump sum.

oEveryone who retires on these schemes will now be offered free, impartial, face-to-face advice.

Commenting Andrew said: “Savers have had a hard time in recent years and I’m please the Government delivered help in the Budget. Whether you want to save for a home, save for your family or save for your retirement this Budget helps.

“Thousands of local people will pay less income tax, and those reaching retirement age will now have far more control over how they spend their pension. There’s good news for our local pubs too, with beer duty receiving a reduction for the second year in a row.

“Due to cuts and freezes in fuel duty, motorists will be paying 90p/gallon less by next year than under Labour’s plans. Motorists across the country will save £22.5bn between 2010 and 2015 as a result of this action.

“It has taken time since the last Government’s deep recession, but we are now seeing increased growth in our economy. The UK is now growing faster than any major Western economy. These radical changes made in the Budget pass on the proceeds of growth and help boost economic security for local people who work hard and save hard.” 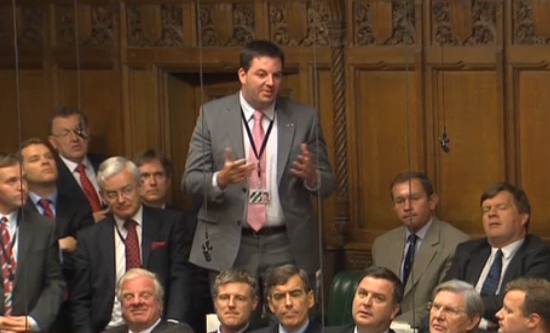