Andrew is supporting the campaign to save Doncaster Airport from closure, which is being led by Don Valley MP, Nick Fletcher, whose constituency covers the airport.

The airport owners, the Peel Group, have announced a strategic review, in which they state that, “aviation activity on the site may no longer be commercially viable”. The news comes following the cancelation of Whizz Air flights from the airport.

Nick Fletcher MP has asked Andrew to support his campaign to save the airport, and, as such, Andrew has written to the owners, the Peel Group, demanding that the owners reconsider their position on extending the consultation period by a further six weeks, and confirming that they are open to outside investors acquiring the airport, so it continues as an international airport.

Andrew says, “As the airport falls outside of my constituency and outside of North Lincolnshire, the campaign to save the airport has to be led by the local MP, Doncaster Council, and the South Yorkshire Mayor. However, as soon as I was made aware of the news, I took the issue up with Nick Fletcher MP and our local council, given the close proximity of the airport to the isle.

"There is no doubt, that aviation has been hammered by covid-19 and the shutting down of international travel, but I continue to believe that there is a future for regional airports such as Doncaster.

"That is why, when I was minister for Norther Powerhouse, I supported the action of Teesside conservative metro mayor, Ben Houchen in successfully purchasing Teesside Airport, which has seen more flights added in recent months and years.

"The mayor of Teesside was able to do this with the powers and funding provided to him by the government through their devolution deal. South Yorkshire also has a metro mayor and government devolution deal, and, whilst the circumstances between the two airports will be different, I hope that the mayor of South Yorkshire will look at what he can do with the powers and government funding he has to support the airport.

"I will continue to support, Nick Fletcher MP and his campaign to save the airport, and I hope that the owners will act responsibly and reconsider their decision.”

Photo – Andrew on a visit to the airport when he was the Minister for the Northern Powerhouse, along with a photo of Nick Fletcher MP. 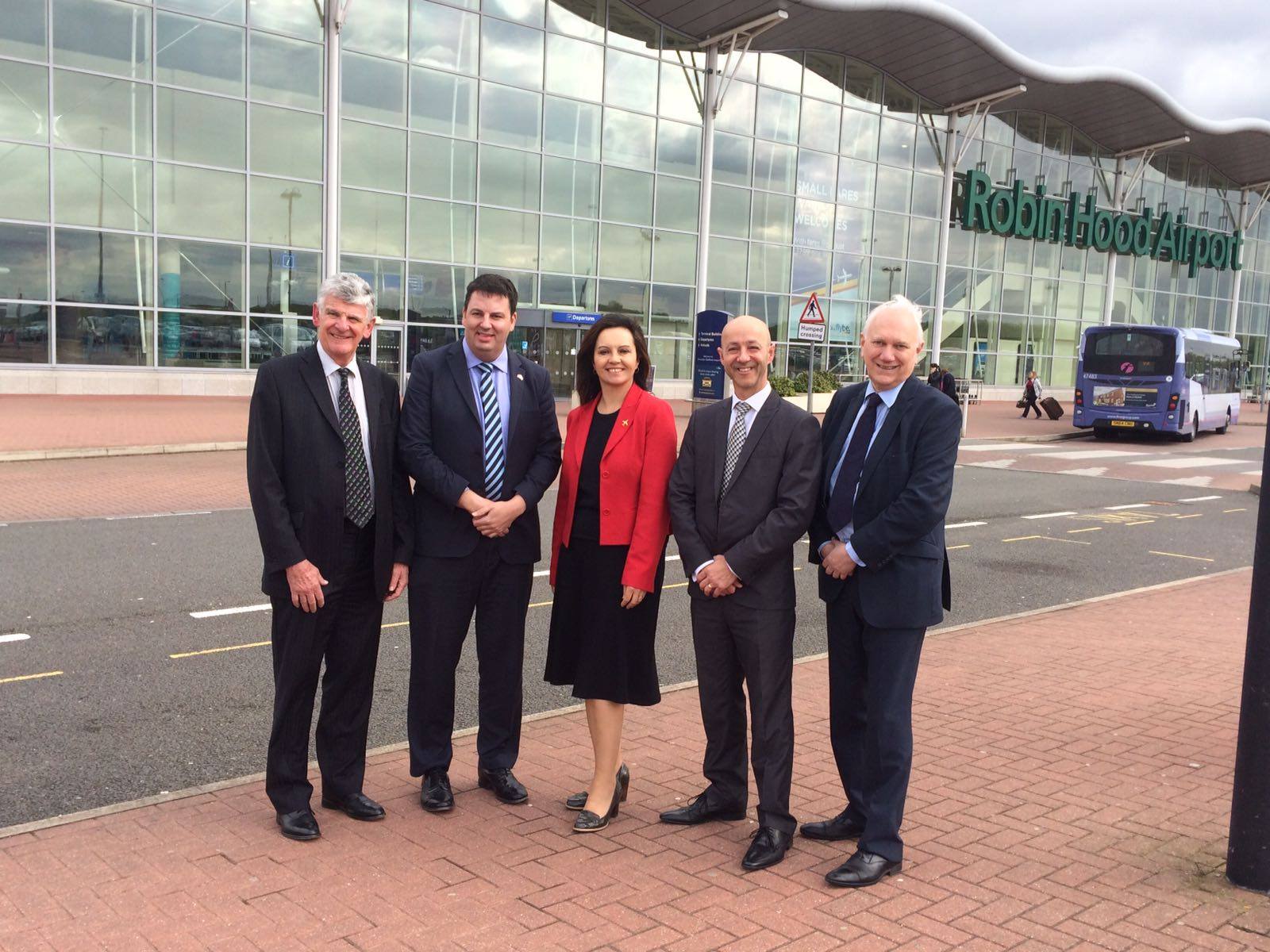 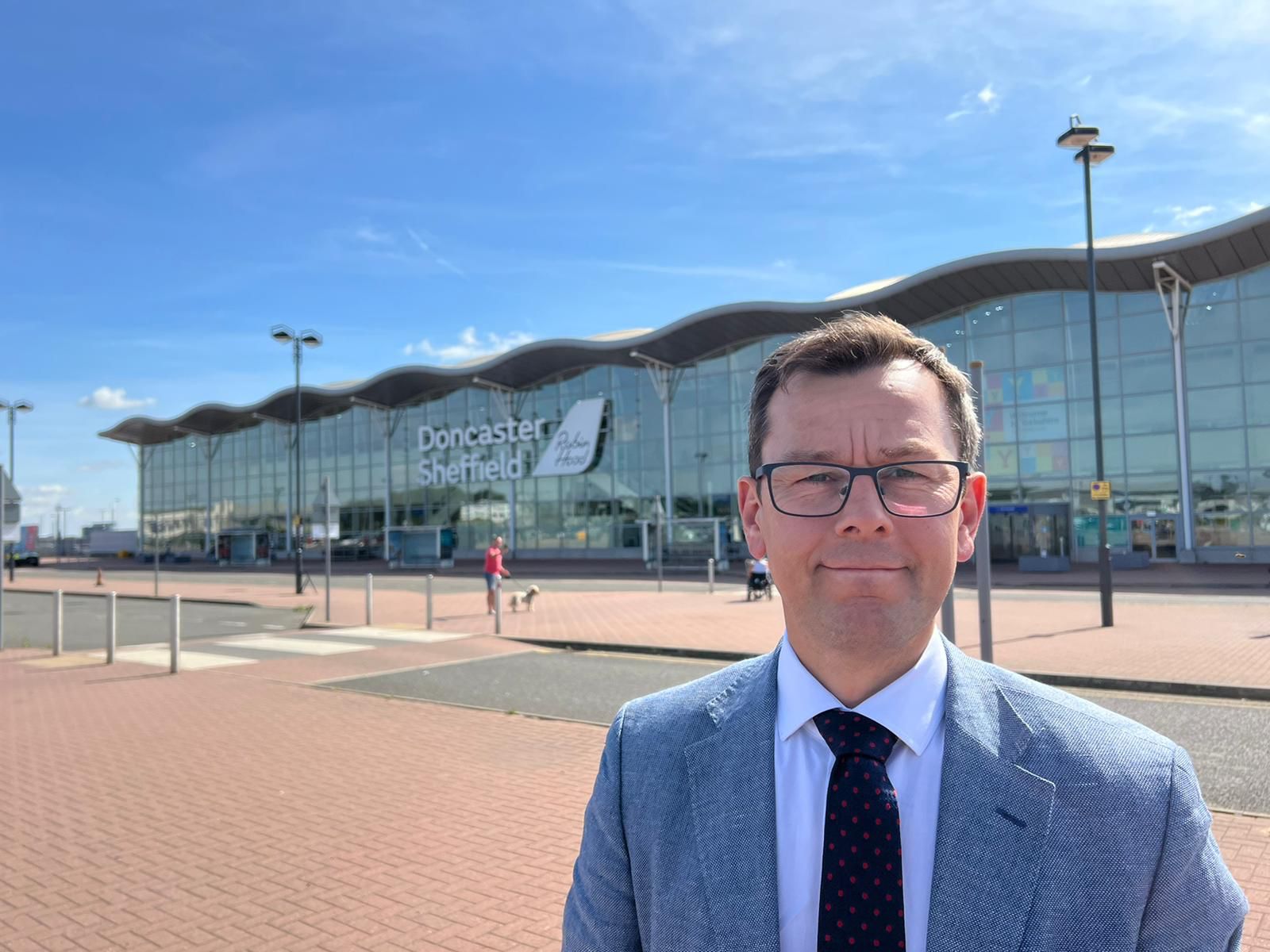