Andrew welcomed the Mayor and Mayoress of Snaith and Cowick, John and Liz Staveley-Churton to Parliament last week. The pair received a tour of Parliament before meeting with the MP to discuss local issues.
Andrew says, “I welcomed John and Liz to Parliament as part of their mayoral year. It was good to see them both and thank them for doing so much good for Snaith. They received a tour, including a pop out on to the cold terrace, and a cup of tea to discuss local issues. They were also able to see part of a debate.
“The Mayor and Mayoress are unpaid and it was nice to be able to thank them for their efforts.” 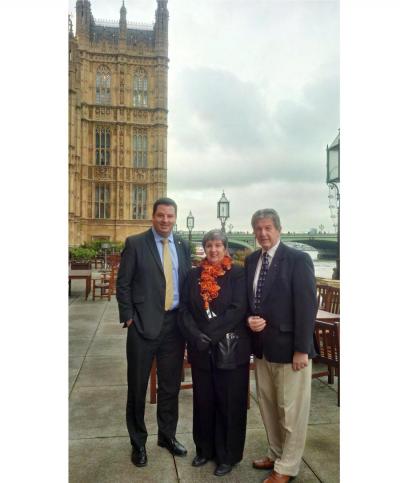