Goole and the surrounding area is now benefiting from increased Ambulance cover, after changes by Yorkshire Ambulance Service. The changes came into effect this month and have been welcomed Andrew who has worked closely with the Ambulance Service and has repeatedly raised concerns about response times in the Goole area.

This increase is on top of the continuing Emergency Care Practitioner role that is being trialled in the Town.

Andrew says: "I am really pleased that the ambulance service has recognised the need to increase resources in the town. Residents will welcome this extra provision which is all part of the initiative to reduce response times and improve patient experiences.

"I have received a lot of positive feedback about the ECP trial, which in itself has freed up significant amount of double crew ambulance time, and I hope that the CCG will seriously consider keeping this on." 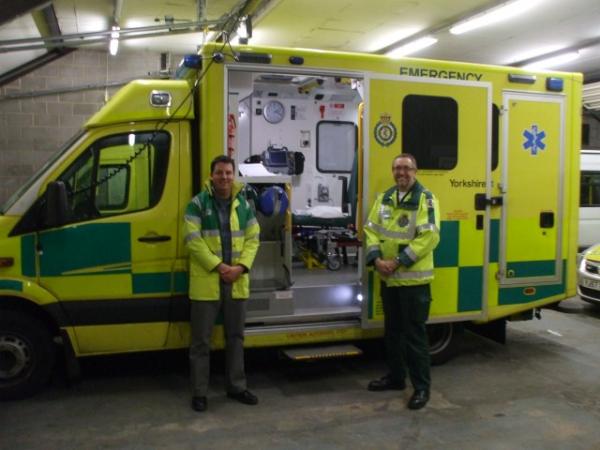