Andrew recently spent a Saturday evening on night shift with one of the Goole ambulance crews. Andrew joined Gail and Andy from Goole Ambulance Station between 6pm – 7am responding to calls in our area.

Andrew says: “I would like to say a big thank you to Gail and Andy for allowing me to go out with them. They were a fantastic team, extremely professional and dealt with each of the patients in an incredibly kind way.

This is not the first time that I have spent a shift with the ambulance service but I feel that it is important to get out on the front line and properly understand the pressures that our emergency services are facing. During the shift, we took patients to hospital in York on more than one occasion as well as Scunthorpe’s A&E and the MIU at Goole. This was another opportunity to spend time talking to staff about the recent changes to doctor cover.

What struck me is how much pressure the service is facing due to the demographic shift in the country. Whilst it is a cause for celebration that older people are living longer, as a result there are more long term conditions which require more care and time in hospital.

The UK historically has not done a great job of proving care for the elderly in their own home and this is something I have seen in my work on the Health Select Committee. Too often the system breaks down and elderly residents end up taken into hospital by the ambulance service in the early hours of the morning rather than being provided with proper care in the home. The government is trying to address this through better running of social care budgets between Councils and the NHS. There is still so much more to do!

I had a fascinating time and once again I was staggered at how many miles an ambulance crew has to travel in a single shift. I was tired by the end of it and my small contribution was to be talking to patients and emptying a full sick bowl! I didn’t have to undertake medical decisions like the crew did and I am in awe with the way they deal with the pressure of this very important job.” 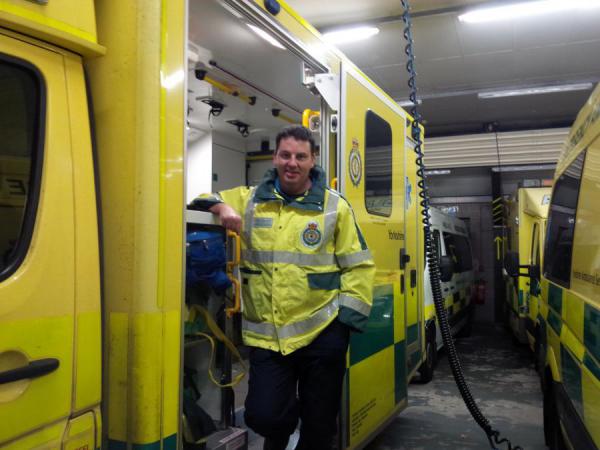