Funding has recently been announced for works along Snaith River Bank. A total of £3.2m has been allocated for the project that is part of a wider flood defence commitment, in which 42 projects nationally have received funding this year. The Government confirmed the funding in the House of Commons last week where Andrew welcomed the news.

Following a meeting Andrew held last November regarding this issue, the Environment Agency (EA) has now undertaken an assessment of the banks and is evaluating the results collected. A report is scheduled for the end of March which will show the extent of works required here. The Reservoirs Panel Engineer has already made their recommendations and once the report has been finalised, the proposals will be able to go to the EA Board for approval. Designs will then be drawn up and the EA hopes to start work later this year, although this is dependent on other commitments.

Andrew says: “This announcement is really positive for local residents. Whilst we need to wait for the specific detail of the works required, I am pleased that the Government recognises the need to invest locally and is taking a proactive approach. The final scheme may not cost the full amount but at least this money has been guaranteed and the EA can now get on with finalising the scheme itself.”

Cllr Caroline Fox adds: “We are really pleased that after the near collapse of the bank previously that the EA has received this money. This project will be on top of works already at Rawcliffe Bridge and Swinefleet but we will continue to work for other schemes locally, such as Reedness.”

Cllr John Barrett states: “This project is something that we as local councillors, along with Andrew and the Town Council have long called for locally. The EA has assured us that they intend to hold an open evening in Snaith once the report has been concluded in late March, and details for this will be advertised as soon as possible to keep residents fully informed.” 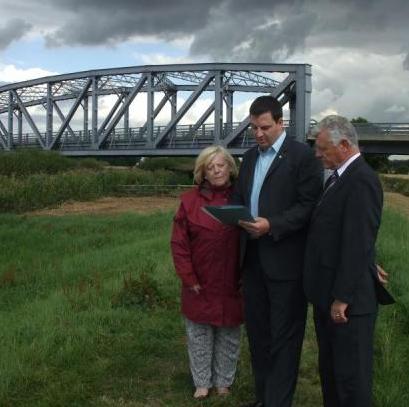