Local MP Andrew Percy is delighted that thousands of residents in and around Goole are scheduled to be part of the first phase of the Broadband East Riding project. This phase will include Goole, Snaith and Rawcliffe from our area.

Improving broadband is something that Andrew has long campaigned for and works for this multi-million pound project are due to begin in April this year. Broadband East Riding will bring superfast fibre broadband, with speeds exceeding 24Mpbs, to more than 42,000 homes and businesses in East Riding of Yorkshire by December 2015.

Faster speeds will boost the competiveness of local businesses and a free business support programme is being offered. The project also aims to ensure that the whole county will have access to broadband speeds of 2Mbps or more to allow everyone to benefit.

Andrew says: “This is excellent news for residents in our local area who have struggled with poor broadband for years. When we came to power, we decided to alter the previous Government's plans for broadband roll-out which simply did not go far enough. By bringing together funding from the Coalition Government, BT and the Council, thousands of local residents will now benefit from super fast broadband.

This is something I have long campaigned for locally and nationally, even securing a debate in Parliament on broadband provision here in the Goole and Snaith area. The fact that we are in the first phase of the upgrade is great news." 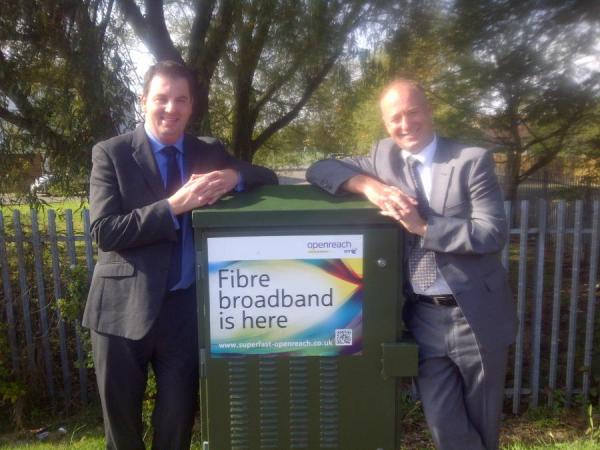