Andrew has provided an update on the recent boundary review announcement.

Andrew explains, "Brigg and Goole Abolished! Well obviously Brigg and Goole are not actually being abolished but the Brigg & Goole and Isle of Axholme constituency is being proposed for abolition by the indpendent Boundary Commission for England who have a duty to review parliamentary boundaries at regular intervals.

This is to ensure that votes count equally across the country. Their initial proposals would divide the constituency four ways by.

- Goole and the Snaith, Rawcliffe and Marshlands wards would be transferred into what is largely David Davis' constituency linking our area all the way to the Hull suburbs in what would be renamed 'Goole and Haltemprice'.

- The Isle would be transferred into what is largely the current Don Valley constituency and renamed 'Doncaster East and Axholme'.

- The Burton and Winterton and Burringham and Gunness wards would be transferred into Holly's Scunthorpe constituency. You can view the proposals below and take part in the formal response.

"These are the first draft but there won't be much change for our seat which will be split four ways whatever. If the general election comes in early 2023 then the new boundaries would not be in effect, if it is after that then the next election would be fought on the new proposals. The next election has to come before December 2024.  Obviously I love this constituency and would be sad to see it split up and transferred into other seats but this is an independent process required to happen in law." 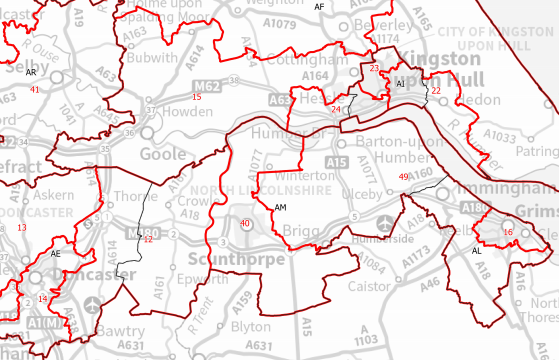