Andrew meets with the Environment Agency to discuss Storm Surge

Andrew recently met with representatives of the Environment Agency from across the area to discuss the impact of the tidal flooding in early December.

Andrew was informed about just how strong the 'surge' had been and the impact upon the area’s defences. Assurances were given that urgent repairs works are being undertaken as swiftly as possible in the affected areas.

It was explained that an update to the Humber Strategy - a document that sets out improvements along the Humber defences and the Ouse - is due in June 2014. Andrew made it clear that he wanted a further meeting with the EA and local partners following this to see just what is planned to better protect residents.

Andrew has already met with the Secretary of State for Environment, Food & Rural Affairs - Owen Patterson - along with other local MPs to highlight the impact of this event and to seek assurances for future funding.

Andrew raised concerns about flood warnings and was informed that a review of this is being undertaken. The changes in wind direction played a key part in the difficulty for plotting this surge. The amount of data collected from this event was huge, with it being the highest recorded surge. The EA will now be able to use this data, as part of their assessment of the event, to better understand impacts for the future.

An update on future high tides was given as everyone understands the impact that this recent flooding has had upon residents. It was clarified that although it will be high at the start of January, it was the strong winds and weather conditions that caused the surge experienced down the Humber. The EA will be monitoring it closely and urge anyone concerned to sign up to Flood Line: 0845 988 1188.

Andrew says: "It was important that I met with the Environment Agency as soon as possible to get an update on this event and to raise residents concerns. Communities across Brigg & Goole were affected and I totally understand residents concerns about any possible future flooding.

"We discussed at length the Humber Strategy, which is something I have followed closely since before my election. The document clearly states already for communities like South Ferriby that there is a commitment to 'maintain and improve'. It is important though that we get some clear timelines for any improvements or works which is why I have asked for regular updates and future partnership meetings.

"In terms of Reedness, I discussed the current strategy which already identifies the bank at Reedness for improvement. This Government has committed a record sum to flood defence funding and I asked the EA when we can expect to see Reedness improvements undertaken. They informed me that the reworked strategy will be completed by June. We may know more then but I can assure residents I will be working hard to try to bring these identified improvements forwards as quickly as possible.

"Each event gives us important information on best practice and I have been overwhelmed by the response and commitment of local groups, particularly parish councils, who rallied together for their communities. This is something that I have raised in the House, with the Secretary of State as well as the EA and is something that we need to better link into for the future.

"I will continue to campaign for on behalf of local residents and if anyone has any issues that they feel I can be of assistance with, please don't hesitate to contact me."

For more information on the Humber Strategy you can follow the below link: 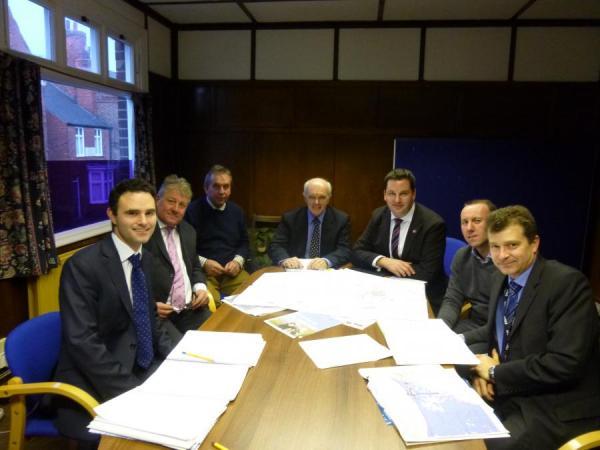