Andrew joins the fight against IPF in parliament.

In July this year, just before parliament broke for the summer and MPs headed back to our constituencies, I was given the opportunity to meet with the British Lung Foundation to talk about a rare lung condition called idiopathic pulmonary fibrosis – otherwise known as IPF.

It had been an especially busy time for me in the House of Commons. I had spoken in parliamentary debates on a number of important topics including schools, hospitals, foreign policy, and the railways.

But when the BLF brought to my attention that around 15,000 people in Britain were living with a chronic lung condition I had never previously heard of, I was eager to find out more.

I care passionately about healthcare – I have a role on the parliamentary Health Select Committee, which scrutinises the Department of Health, and I volunteer as a first responder with my local ambulance service in Yorkshire.

Everyone with an interest in health policy knows that respiratory disease has been under-prioritised in this country compared to, say, cancer or cardiovascular disease.

Yet, over the years it seems that IPF has been neglected even compared to other major lung diseases. Public awareness of IPF is very low, but it’s estimated that more people die each year from it than from better-known diseases such as ovarian cancer, kidney cancer and leukaemia.

When you have IPF, scar tissue builds up in your lungs. This makes them thick and hard, they become really stiff and lose their elasticity, meaning they’re less able to take oxygen from the air. Sadly, about half of people with IPF live for only three years after their diagnosis.

Historically, most politicians have been unaware of the condition. Research by the BLF from earlier this year found out that only 6 per cent of MPs had talked about IPF with constituents or their colleagues.

When I was told about the complex difficulties faced by IPF patients and their carers around diagnosis, treatment and access to good-quality information and support, it deeply concerned me.

It must be heart-breaking to be given the news that you have a disease with no known cure that will decrease your quality of life and hinder your ability to breathe.

It’s clear that work desperately needs to be done to increase awareness of IPF with the general public – as well as with health and social care professionals, particularly GPs and community nurses.

We also need a better understanding of the causes of IPF, so we can take steps to prevent its occurrence in the first place. Investment in research is crucial as the number of cases is rising and thousands of people will die in the UK unless new treatments are found.

Politicians must play a role too if we are to give hope to those living with this devastating disease.

The nation’s health should never be a party political issue – both myself and the Labour MP Alex Cunningham have tabled a series of questions about IPF in the House of Commons.

I know of colleagues from both houses and across the political spectrum that have written to relevant health authorities over the past few months requesting improved access to IPF care.

I will continue to do what I can to ensure that this work continues so that patients and their families get the care and support that they deserve.

This week is World IPF Week. Find out how you can get involved, or make a donation to help fund research. 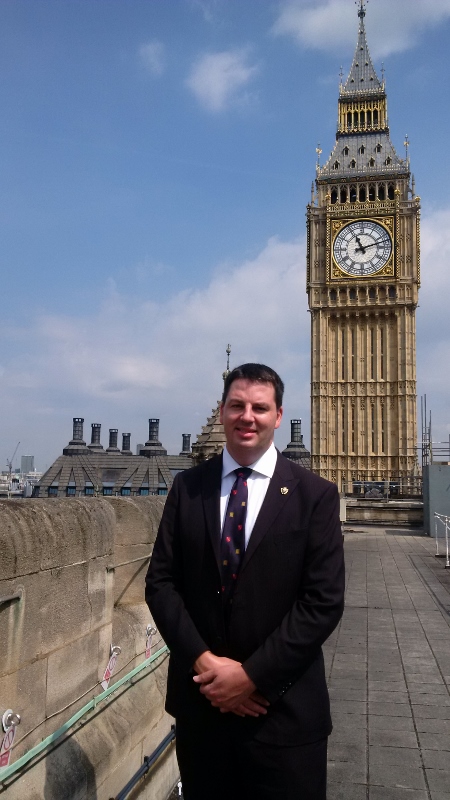