Andrew reports, "When I met with the Environment Agency last week, they also gave me notice of works which are planned to the river bank in Airmyn next year to stabilise the foreshore.

"The EA are estimating construction to start early next year (2022) and be complete later next year. The total length of the work is estimated at about 170 yards and is split over five targeted sections, see approximate diagram below.

"The total project value is estimated at £4.6million which is being provided via the Government's flood defence funding. The scheme has been awaiting funding for some years so this is good news that it is finally progressing as the foreshore is in need of attention.

"The final design and plans will be available in the coming months but I thought residents might appreciate advance notice of what is planned." 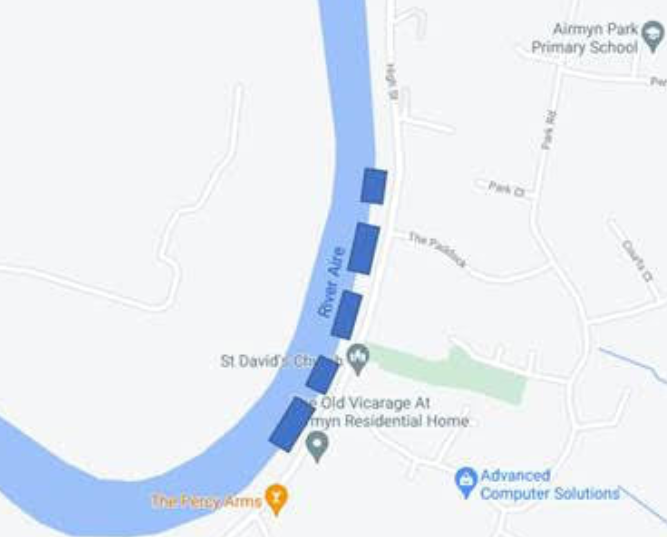